Taraneh Alidoosti was born on 12 January 1984 in Tehran, Iran. She is the daughter of Hamid Alidosti and Nadereh Hakim-Elahi. She has a younger brother. Taraneh Alidoosti got married to Ali Monsoor from 2011 to 2016. She has one child. 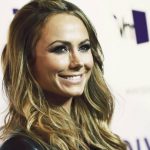